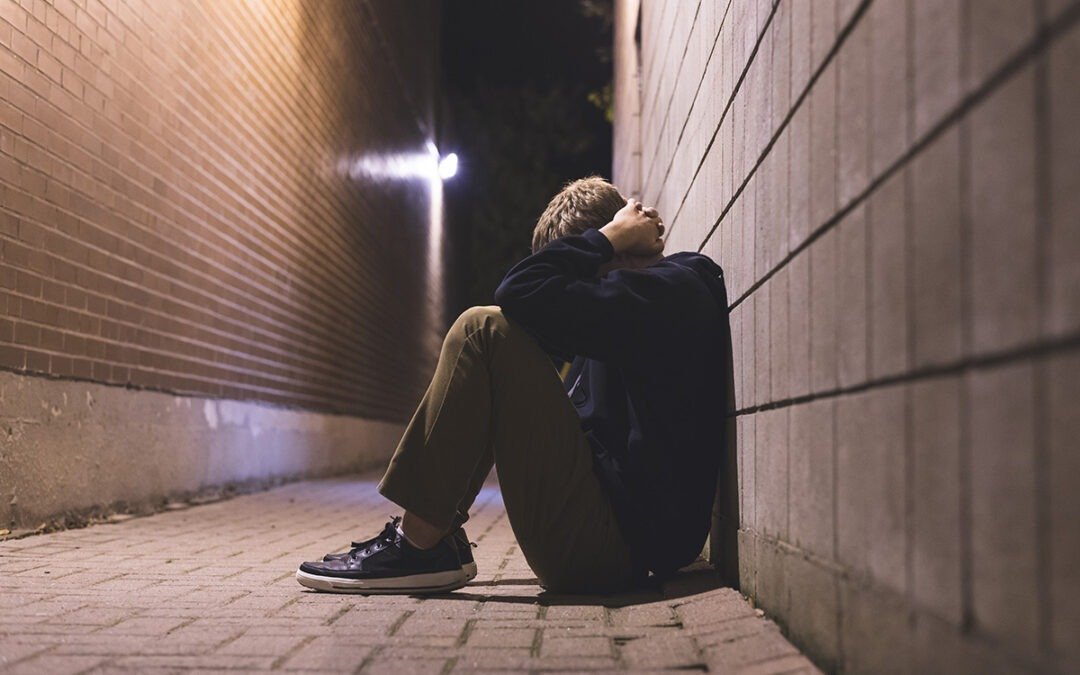 When I lived in the Los Angeles area several years ago, I volunteered as a tutor for homeless children. One of the things I liked best about it was giving the kids their backpacks filled with school supplies. I was working with a fourth-grade girl at one point, and she excitedly went through her supplies, announcing each one to her mom. “Mom, look! A whole box of crayons, and they’ve never been used!” She finished her inventory, and I saw her continuing to look in the bag and pat the pockets as if looking for something that was missing. I asked her what was wrong, and she said, “There are no colored pencils, and we use them in class to do map work.” I told her I would try to get some for her the next time I saw her.

I showed up the next week, and the first thing she said was, “Mrs. Nicholson, I want to apologize to you. You brought me so many things that I needed, and I complained about the colored pencils.”

I reassured her that it was okay, and I pulled out the brand-new box of colored pencils and handed them to her. She held them in her hand and looked at them for a few seconds, then dumped them out on the table, divided them equally into two piles, and handed half of them to another girl who lived in the shelter with her.

Her story was not uncommon. She and her mother were homeless due to a domestic violence situation, but there are many other reasons that our youth become homeless. The National Alliance to End Homelessness estimates that on a single night, over 34,000 unaccompanied youth could be counted as homeless, and of those 34,000, 50 percent of them are unsheltered. They are sleeping outside, or in a vehicle, or in some other place not meant for human habitation.

Some of the youth, like the girl I tutored who lived in a shelter with an adult figure in her life, but many are on their own.

The numbers are only estimates because it’s impossible to accurately count people who are trying to hide. I had a friend who was an adult but lived as a homeless youth, and she said that she tried not to be seen. She would hide and sleep during the day because it was safer than sleeping at night. She would quietly sneak into public restrooms because if the people working in the businesses saw her, they would ask her to leave. These kids are often referred to as “invisible people,” and they are just that. We walk past them, and try not to make eye contact, and sadly, that’s what many of them hope for. When we don’t see them, they can continue to live as they do, lacking stable, safe, and adequate housing.

Many have run away from home because their home life is unsafe and harmful. Some leave foster care for the same reason, and in some cases, they are asked to leave home because of addiction, behavioral issues, mental illness, or lifestyle/sexuality issues. It is estimated that a staggering 40 percent of homeless youth identify as LGBTQ. These kids who are kicked out of their homes because of parental disapproval are referred to as “throwaway youth.”

If these kids are simply trying to survive, and part of that survival is to try to be invisible so they can find a place to have their most basic needs of having a place to sleep, finding food, and using a bathroom met, how can they even begin to think about becoming educated?

These labels are heartbreaking.

All it takes is for someone to see you, and you are no longer invisible.

All it takes is for someone to care about you to make you realize that you deserve more than to be thrown away.

I have a friend who adopted homeless brothers when they were preschool age. It was a struggle, especially with the older child, because he some behavioral issues. He wasn’t used to being adequately parented, so he wasn’t used to rules.

A few months after she and her husband brought them home, they decided to take a camping trip. They got the tents out and began packing. They were so excited to see the boys’ reactions. As soon as the boys saw what was happening, they panicked and ran to their room and began gathering their things.

Suddenly it dawned on my friend… They were terrified because they had been living in a tent before she began adoption proceedings. They thought that they were going to be homeless again. They ended up putting the tents up in the backyard and had their campout there.

They saw the reasons for their behavior, and they learned and adapted in the way they parented. and those little sweet, scared little boys learned and adapted to being parented. They cared enough to love them through the difficult times. They are now in high school. The oldest is a senior in high school and has overcome his behavioral issues. He has his first job working at a local pizza place in their town, he played football on the high school team, and when he graduates this year, he’s joining the Marine Corps. The youngest will be a senior next year, and he is happy and well-adjusted, and he’s making plans for what he wants to do when he graduates next year.

They could have so easily ended up living on the streets, but they were seen. They were cared for. Their lives were changed for the better.

Now, I’m not suggesting that we all run out and adopt children, because there’s no way we can all do that. I can’t do that. But I can certainly donate a box of colored pencils. I did do that. And folks, that child changed the way I think about giving, and about being grateful. And frankly, I believe that it changed the way she felt about it too. It seems like such a little thing, but the little things are huge to someone who has nothing.